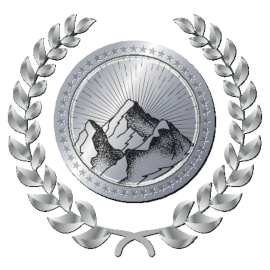 Monarch of the Mountain Rules

See Section 6 for a description of Awards for Eligible Entrants which concludes:

"Prizes will be awarded separately for each scenario. There are two awards available for each scenario. A prize will only be awarded for a scenario if an Eligible Entrant has submitted a solution with a higher score than the previously known top score from the Challenge 2 Final Event (solutions from the Challenge 2 Final Event are not eligible for awards in the Ch2-MoM Competition). At the end of the competition, Eligible Entrants with the top score on a scenario leaderboard may receive a $5,000 award per scenario. To qualify for this award, the top score must also be at least 1% greater than the top score from the Challenge 2 Final Event. Additionally, one bonus prize of $5,000 will be awarded for each scenario to whichever Eligible Entrant held the top rank of that scenario’s leaderboard for the greatest number of competition weeks (need not be consecutive). In the event of a tie, whichever Entrant with the highest final score between the tied Entrants will win the bonus prize. An Entrant may earn one or both prizes for each scenario and may win prizes for more than one scenario."

Please see the MoM 1 FAQ for a clarification on prizes: the requirement that a new score must be at least 1% greater than the Challenge 2 Final Event score to be eligible for a prize does not apply to the bonus prize awarded to teams which have held the top rank of a scenario for the greatest number of weeks.